There is significant exploration potential at Enmore, with 36 identified mineral occurrences – the majority of which are untested by deep drilling, modern geophysics or other targeting methods applied across the project. The mineralisation at Enmore generally comprises structurally controlled orogenic style gold (± antimony) mineralisation.

Okapi completed ten Reverse Circulation (RC) drillholes for 1,257m during 2021 across Sunnyside and Bora Prospects. Assay results returned significant gold values from all 10 drillholes and lead to a 1,800m diamond drilling campaign in 2022. The company announced that the results from the first two drillholes OKDD001 and OKDD002 returned significant, high grade gold intervals. The mineralisation true widths in the two diamond drill holes are estimated to be approximately 60% of the down hole interval length.

Historic exploration at Enmore has largely focussed on the potential for locating and developing open-cut resources.

Gold was first discovered in the Enmore area in 1876 and intermittently mined till 1940, with mining continuing today at the nearby Hillgrove Mine. Most previous exploration has targeted very shallow mineralisation, with approximately 233 holes completed prior to Okapi’s involvement. Of these, 153 holes are less than 50m in depth and only 41 holes are greater than 100m in depth. 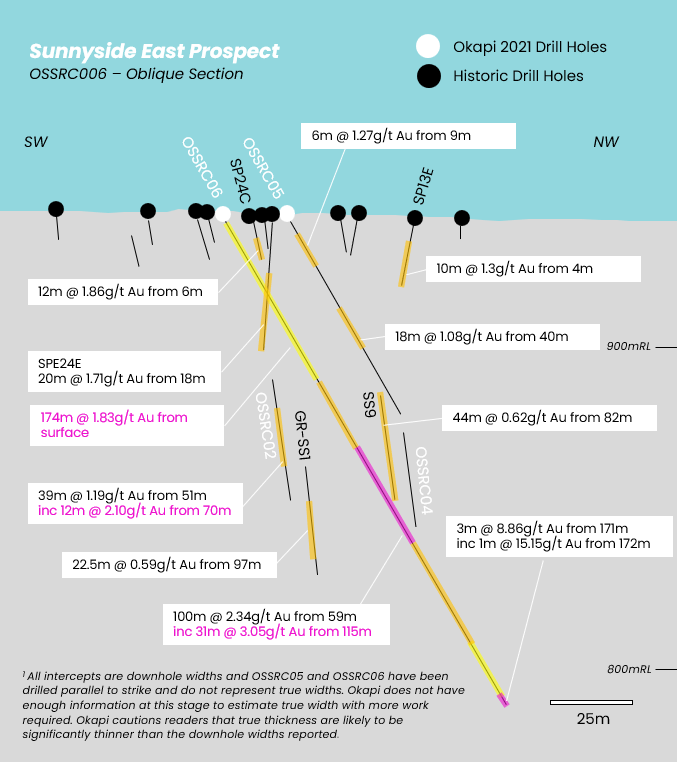