Located in Colorado, 5km east of Maybell and 40km west of Craig, the project comprises 468 federal unpatented mining claims over 3,600 ha and covers a significant portion of the Maybell mineralised trend, which includes the area of historical production and other known mineralised occurrences and prospects.

Based on the historical production and exploration data there is significant potential for the further delineation and discovery of near surface uranium resources at Maybell.

The Maybell Uranium Project covers a large area that generally follows the outcrop of uranium-bearing tuffaceous sandstones of the Miocene age Browns Park Formation. Uranium is widespread in the Browns Park Formation, however, the most important ore deposits are in the upper sandstone unit which is composed of buff to grey, fine to medium grained sandstone. The sandstone unit varies in thickness from 60m to 300m and can host zones of uranium mineralisation up to, and potentially greater than, 30m thick. The underlying Wasatch formation, a host rock for uranium in Wyoming, is also present in the area and is known to contain uranium mineralisation. The physical characteristics of these permeable sandstones make them amenable for conventional heap leach processing, as well as potential candidates for ISR (In-situ Recovery) production. 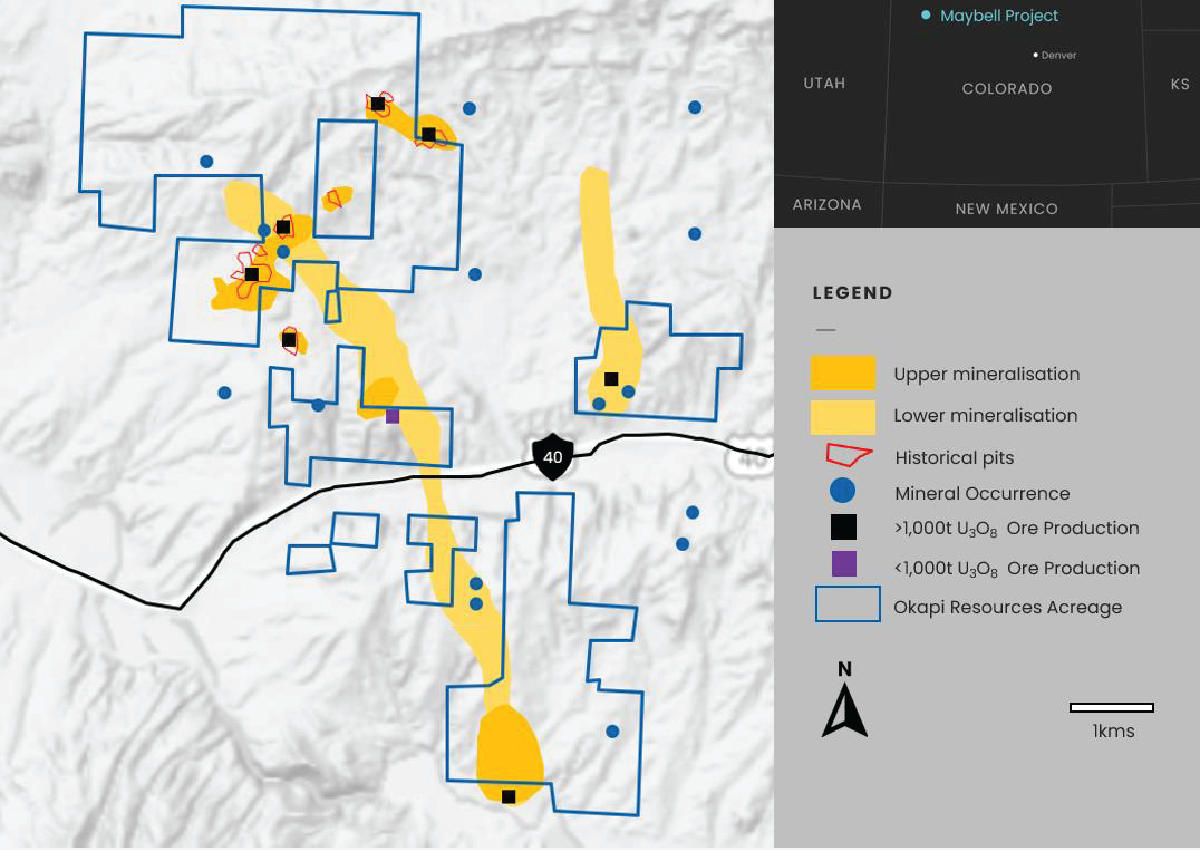